(your past becomes a fog within you) 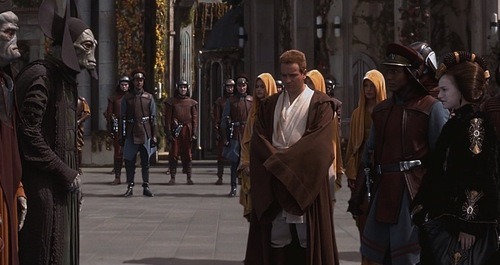 We’re the only ones left.

I’m not writing anything at the moment, so Les Mis is as good as any! I’m. So rusty, though, what a throwback this fandom is.

Courfeyrac pays him no heed, throwing clothes into a satchel with ill-disguised rage. He shoves past Enjolras to his desk, sweeping all the papers into the bag with one fell swoop.

If Enjolras couldn’t already tell that something was very, very wrong, the fact that Courfeyrac doesn’t seem to care about the fact that ink is rapidly spreading all over his favorite linen shirt, staining the insides of his bag.

“Go away, Enjolras,” Courfeyrac snaps. “I don’t have time for revolutionary business.” He spins around, snatches an errant sheaf of papers off the floor and shoves it into Enjolras’s chest, making him stumble backwards. “Here. Your maps.”

“Do you honestly think I care for nothing but politics?” Enjolras asks quietly. “That I’d do anything for my beloved Patria and nothing at all for my beloved friend?”

Courfeyrac sags in his grip, and Enjolras leads him to sink into the chaise, wordless. He waits.

“You have to leave.”

“Well.” Enjolras looks at him solemnly. “I will do my best to throw documents into the fireplace in a fit of dramatics while you are gone.”

Courfeyrac bursts into laughter, and the room brims with sunshine.

Believe it or not, I am still working on these nonsexual intimacy prompts!!  I do really enjoy writing them, and I am excited about every one I got, I just have a lot going on these days and am moving slowly on them.

This is Carry On!Feuilly and Jehan, and it happens about a month or so after the end of that story.  Also it has minor spoilers for what happens in that fic (just in case there’s someone following me who wanted to read it but didn’t yet?  I feel like at this point that’s pretty unlikely).

Feuilly slid into the chair,
stifling a sigh.  It had been one of those days that feel like
they’ve gone on for hours and hours, but when you look at the clock
it’s only 9 in the morning–and he’d only barely managed to get away
from work by 5:30.  That was just enough time to ride 2 buses home,
change, and make it to the cafe where the ABC Society met, but not
enough time to eat dinner at home, so he’d ordered a panini at the
front counter of the coffee shop.  He was regretting sitting down to
wait for it now, because that meant he’d have to stand up again when
his order was ready.

“Is everything okay?”
Jehan asked.  Feuilly knew being blind could enhance the development
of your other senses, but was Jehan’s hearing really that good, to
pick out a tiny little sigh in a noisy, crowded coffee shop?  Or had
Feuilly not been as good at hiding his exhaustion as he’d thought?

Jehan reached
over to the back of Feuilly’s chair, feeling his way from there to
Feuilly’s back.  His fingers traced up Feuilly’s spine towards his
neck.  "It must have been a stressful day,“ he said.  "Your
shoulders are really tense.  Is the new job okay?”

Another, more
troubling thought crossed Feuilly’s mind: Did Enjolras and Combeferre
tell him?  Part of him knew that was unfair; they’d asked his
permission before talking to Courfeyrac, hadn’t they?  Still, the ABC
Society people were a pretty tight-knit group, and maybe Courfeyrac,
as open about his feelings as he was, hadn’t realized that Feuilly
wouldn’t want everyone knowing about how he’d fallen apart in
Enjolras and Combeferre’s apartment.  The idea–as unlikely as it
was–that people in the group would be keeping an eye on him,
watching to see if he could handle the more challenging work of his
new job, turned Feuilly’s stomach.

“It’s
great, really great.”  He found himself fiddling with the
wrapper from his straw.  "My coworkers seem like good people,
and the paperwork isn’t too bad.  I’m really happy to be learning
exactly what services are available here, and how to connect my
clients with them, and if there’s anything I can’t figure out, I have
lots of people I can ask about it, which is great.  My caseload is
pretty small right now, and it’s going to get bigger, but it
shouldn’t be too bad,
so that’s good, and–“  He broke off, feeling the blood rush to
his cheeks.  "Sorry–I’m babbling.”

Jehan’s mouth
twitched in a grin.  "It’s fine.  But–“  He hesitated, his
fingers still running idly up and down Feuilly’s back.  "Maybe
I’m wrong, but you just sound like … like you’re trying to
convince yourself?  It’s okay if the job isn’t that great–I’m not
going to report back to Courfeyrac or anything.”

For
a moment, Feuilly thought his fears were confirmed–then he realized
Jehan was referring to the fact that Courfeyrac had helped get
Feuilly the job.  He laughed, a few beats too late.  "No, the
job is fine.  I mean, I might be trying to convince myself that I
can do it, but the job really is great.“

It was a
question Feuilly ordinarily wouldn’t have answered.  Maybe it was the
way Jehan asked it–not surprised, as if anybody should be able to
handle the challenge, but not terribly worried either.  Maybe it was
the stress of a new job seemed like nothing after all the shit he’d
spilled out before Enjolras and Combeferre.  Maybe it was the gentle
touch of Jehan’s hand on his back.

Feuilly
shrugged.  "I don’t know, just … it might be too much work,
you know?  I was there until 5:30 tonight, and I know I’ll definitely
have more work as I get more cases–and things will go faster once I
know the ropes, of course, but maybe not enough to equal out the
amount of work, and …“

"Sun-dried
tomato turkey on wheat,” someone called from the counter.

“That’s
mine,” Feuilly said, taking a deep breath as he gathered his
energy to get up and collect his food.  He laughed half-heartedly.
“Sorry, maybe I’m just being a pessimist since I’m hungry.”

“I usually
find that things look a little more manageable on a full stomach,”
Jehan agreed.  He squeezed Feuilly’s shoulder once more before
removing his hand to let him stand up.  "But if it doesn’t work
out that way this time … I’ll still be here.“

Chaos. For the first time, the Death Star is rocked by explosions as
the Rebel fleet, no longer backed against a wall, zooms over, unloading
a heavy barrage. Imperial troops run in all directions, confused and
desperate to escape.

In the midst of this uproar, Luke is trying to carry the enormous
deadweight of his father’s weakening body toward an Imperial shuttle.
Finally, Luke collapses from the strain.