A majority of millennial men failed to see women as equals, according to the study, which looked at how college biology students viewed their classmates’ intelligence and achievements, the Harvard Business Review reported.

The National Institutes of Health researchers pointed out that female STEM (science, technology, engineering, and mathematics) majors drop out at significantly higher rates than their male counterparts.

“The reasons for this difference are complex, and one possible contributing factor is the social environment women experience in the classroom,” they wrote.

Still, scores of men are under the impression that they’ve become the target of reverse sexism. Conservative columnist John Hawkins ranted in Town Hall last year:

“Men have it rougher in America than most people realize. In part, that’s because they’re one of the few groups (along with white people, conservatives, and Christians) it’s cool to crap on at every opportunity. In case you haven’t noticed, there’s a nonstop assault on masculinity in America.”

But research has confirmed the reality of gender bias against women. A staggering 90 percent of women reported experiencing gender harassment in the workplace, a 2010 University of Michigan study found. The results suggest that such harassment had the purpose of driving women out of jobs and not the generally assumed motivation of trying to draw women into relationships.

“One could argue that, in these instances, ‘sexual harassment is used both to police and discipline the gender outlaw: the woman who dares to do a man’s job is made to pay,’” the researchers wrote, quoting an article by Katherine M. Franke, an associate professor of law at the University of Arizona College of Law.

As for millennial men specifically, they have been less accepting of female leaders than their older male counterparts, according to a 2014 survey of more than 2,000 adults residing in the United States, the Harvard Business Review reports.

Half of Millenial men said their careers would take priority over their partners’.

Three-fourths of women, on the other hand, said their careers would be at least as important as their husbands’.

This whole “trust Tumblr blindly” thing is eventually going to kill someone, as I became pointedly aware of on one occasion I was making fun of how poorly a particular bleach-based drain declogger was working on my sink and got a chorus of really dangerously misinformed people telling me to pour vinegar in after it because all cute little cool kid diy home care blogs they’re following talk about vinegar like it it’s the big secret the cleaning companies don’t want you to know.

And I cringed knowing that someday, some Well Actually expert who read a blog article once is going to give that advice to someone who unfortunately didn’t take high school chemistry and isn’t aware that MIXING VINEGAR AND BLEACH MAKES CHLORINE GAS.

holy fucking jesus tits reblog to save a life

Trufax: I once dated a plumber, so I knew this little factoid. Still – yeah, signal boost for important chemistry FACTS.

I don’t know what high school chemistry you were taking, but they NEVER taught me this in school. Not even a home ec class. Like, i learned about this from “The Boy Called It” and this literal post.

And if you don’t know, chlorine gas was used as a chemical weapon during WWI, and its effects were so terrible that it’s banned under the Geneva Protocol.

From The West Wing Weekly podcast:

Hrishikesh Hirway: In that scene, the Mary Marsh comment about their New York sense of humor.
Joshua Malina: Which of course made me immediately think of Ted Cruz.
HH: Right! With his comment about Donald Trump. “We all know what New York values are.”
JM: This is another West Wing ‘still relevant today’ moment. A prescient moment. 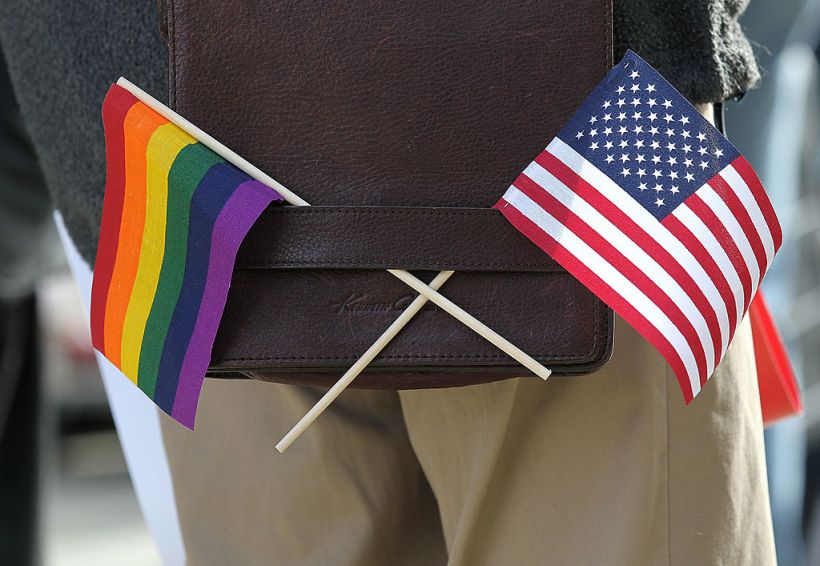 In the eyes of the British government, the U.S. may now be a risky destination for LGBT travelers. The British Foreign Office posted a travel advisory update to its website Tuesday warning members of the lesbian, gay, bisexual, and transgender communities about anti-LGBT laws passed recently in North Carolina and Mississippi. “The U.S. is an extremely diverse society and attitudes towards LGBT people differ hugely across the country,” the advisory reads. “LGBT travelers may be affected by legislation passed recently in the states of North Carolina and Mississippi.”

The advisory also provides a map that marks countries around the world — including Turkmenistan, Pakistan, Nicaragua, as well as much of northern Africa and the Middle East — that also have anti-LGBT laws, and includes a few more pieces of travel advice. “Some hotels, especially in rural areas, won’t accept bookings from same-sex couples — check before you go,” the British government warns, noting that LGBT travelers should also “exercise discretion” in rural areas and avoid “excessive physical shows of affection” when in public.

This is the type of thing that I think would come as a shock to some Americans, as to how SCARY their country appears to many of us in the rest of the world.
(And that’s allowing for the fact that many of our countries can be scary in their own ways.)

you know when you read a piece of writing so effortless, so graceful and unpretentious that you are both a) thrilled to the point that you have to put it down and walk in a quick circle to make it last longer but also b) PHYSICALLY INCAPACITATED with snarling jealousy and rage

Why Do People Always Assume There’s a Quick Fix to my Chronic Illness?: A Novel by me.

PS. I promise it’s not diet and exercise.

The date has changed to November 26. We changed it at the end of last year.

Repeat: THERE IS NO ACE DAY ON MAY 8. IT HAS BEEN MOVED TO NOVEMBER 26

What do ruined people do? Weird shit. This seems to be the consensus of psychoanalysts as far back as Freud and Jung; the traumatized self creates, out of necessity, a system of self-care that is keen to avoid repeat trauma. This makes change difficult; it makes people who’ve had part of their psyches destroyed by unmanageable emotions push people and emotions away, create obstacles, generate unnecessary drama.

I dug through my entire archive to find this quote, scrolling back a few years, because this phrase stuck with me as I find myself doing “weird shit”. I needed to read this essay.