10. Ewan McGregor’s Obi-Wan Kenobi is probably one of the best things to come out of the prequels.

No one can say the Star Wars Prequels were perfect, but a few good things did come from them and young Obi-Wan is one of them.

9. We would get to see what Obi-Wan Kenobi did during the years between “Revenge of the Sith” and “A New Hope.”

There is no way he has just been hiding on Tatooine for 20(ish) years straight!
Books like these below provide some answers and could be used in the movies. 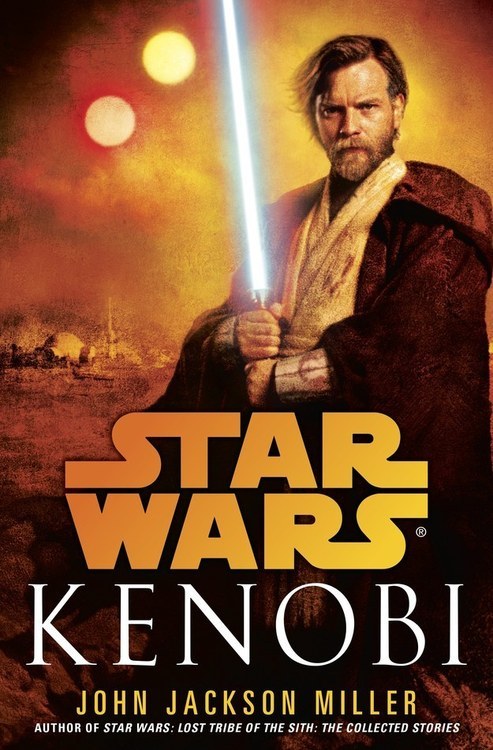 8. Ewan McGregor cares about the role and clearly researched it.

Ewan has admitted it is no accident that his accent, mannerisms and speech timings resemble Alec Guinness’ version. He did it intentionally, but watching and studying Alec Guinness’ performance repeatedly.

Watching Ewan transform even further into Alec Guinness’ Obi-wan would be awesome! With his own twist of course.

Obi-Wan did have some of the best lightsaber fights in the Prequels.

Say what you will about Episode I, but there is no denying this lightsaber battle was AWESOME!

6. According to recent rumors there will be flashbacks to earlier incidents of Obi-Wan’s life.

“It seems like the 3 movie ideas are as follows:

One set completely on Tatooine and two where Obi-Wan travels elsewhere in the Galaxy.

Qui-Gon Jinn is very much present in these stories. So too is Owen Lars. Several characters from the Clone Wars T.V show would make an appearance. There would be flashbacks to Obi-Wan fighting in the Clone Wars.” 5. Cameos and Appearances of other Star Wars Characters!

As stated above, “several characters from the Clone Wars T.V. show would make an appearance.” So that means we can see a ray of familiar characters that hadn’t been on the big screen yet!

We could see Ahsoka Tano return and make her big-screen debut.

Not every Clone Trooper follows orders, so the return of Captain Rex is possible.

Yeah that guy is not dead, if you don’t watch the Clone Wars series.
Even if you are against Darth Maul’s return, um more badass lightsaber battles!!!? We could see him working with the Rebels as well!

Mainstream audiences have not seen Obi-Wan Kenobi get any action in the movies, but he does have a long list of love interests from the books and the Clone Wars series.
Obi-Wan needs some love too! Siri Tachi trained along side Kenobi when they were Jedi younglings. They did eventually admitted their love to each other later right before the Clone Wars erupted, however, Siri was killed at the hands of a bounty hunter. Kenobi almost killed the bounty hunter in revenge and anger, but resisted the darkside. In the Clone War Series, it is applied that Obi-Wan and Duchess Satine Kryze had an affair. She died at the hands of Darth Maul, but she could appear in flash backs.

“Had you said the word, I would have left the Jedi Order.”
―Obi-Wan to Satine 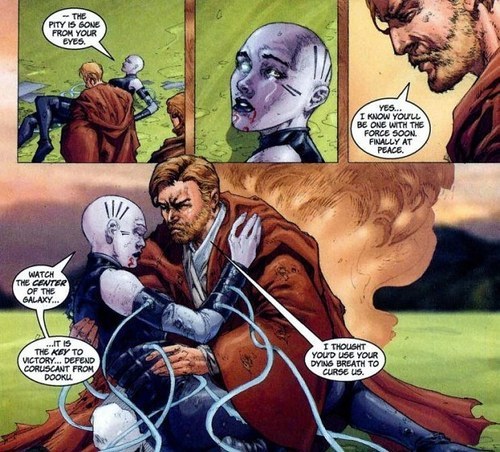 “Asajj Ventress has long enjoyed a peculiar relationship with Obi-Wan Kenobi. Though as a Jedi Knight, he is her sworn enemy, the two engage in banter as they cross lightsaber blades. There is an unusual attraction that connects the two combatants, but their encounters rarely last long enough for further exploration.”
Source.
Her death was never revealed either, so a story with them is a possibility.

Come on, who wouldn’t want to see that? Especially a young Darth Vader and Obi-Wan fight where they can still flip around.

The Prequels could get serious and grim at times, and Obi-wan was pretty much the only one who lightened the mood.

1. Ewan McGregor wants to come back and play Obi-wan again!

Ewan has stated he would come back in multiple interviews as below: We would be furious too, Ewan!

I made this a while ago on buzzfeed, but I thought I would transfer it on here and the sources to each gif is also on buzzfeed (x)

Messaging news! Three things are happening! All of them are good:

So now 100% of you can talk to a Tumblr using posts instead of words. Or in addition to. Whichever. Have fun!

The paper plane is on iOS and the web right now, and it’ll be flung out to Android users over the next 24 hours.