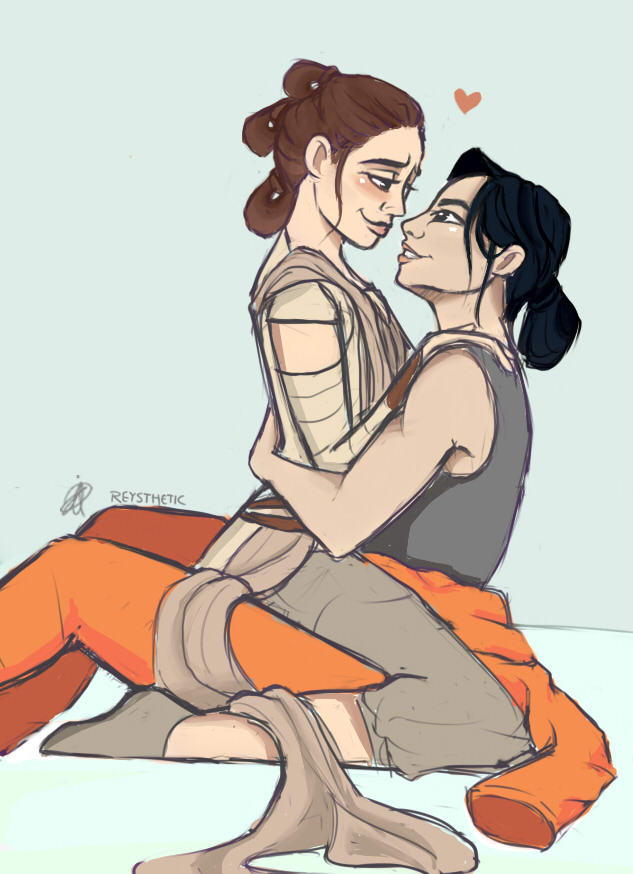 these two own my heart (◡‿◡✿) 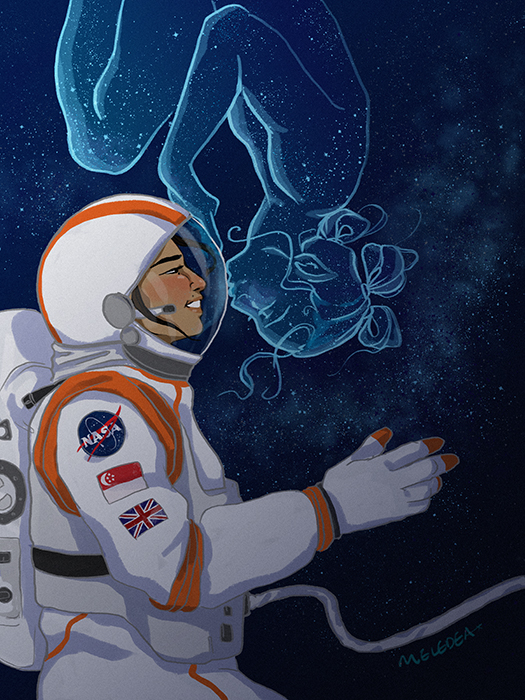 astronaut!jess x space girl!rey from that au of mine bc i had to draw it.

(contemporary spacesuits are ugly things but singularity-esque rey was fun! i wanna draw more of this au…)

[description: fanart of jessika pava and rey from star wars: the force awakens in a contemporary spacegirl/astronaut au. jess is floating in space in a white spacesuit with orange details. on her sleeve there is a nasa patch, a singapore flag patch, and a british flag patch. there is a tether attached to the front of her suit and a large pack on her back with various switches and knobs. her face is visible through the glass of her helmet, and she is smiling brightly. floating upside down above her is rey, curled almost in fetal position, her entire naked form made up of stars, making her almost transparent against the stars and milky way in the background. her ears are slightly pointed and her hair is in her usual three buns, strands floating free around her head. her hand is pressed to the curve of jess’ helmet, and she is kissing the glass.]

It’s no surprise that Jessika Pava—the first female X-wing pilot, and the first Asian woman with a visible role in Star Wars—has struck a chord with so many people.

She combines two of the greatest strengths of The Force Awakens: the carefree badassery the film inherited from original trilogy, and the intentionally diverse casting choices that opened Star Wars up to a new generation of fans. (She’s also one half of the fandom’s most popular femslash ship, paired with Rey.)

Star Wars fandom has a long tradition of turning minor characters into beloved superstars, and if Captain Phasma is the new Boba Fett, then Jessika Pava is definitely the new Wedge Antilles.

Shout out to all the amazing fanartists who contributed to this story! There’s lots of awesome Jessika Pava art out there.