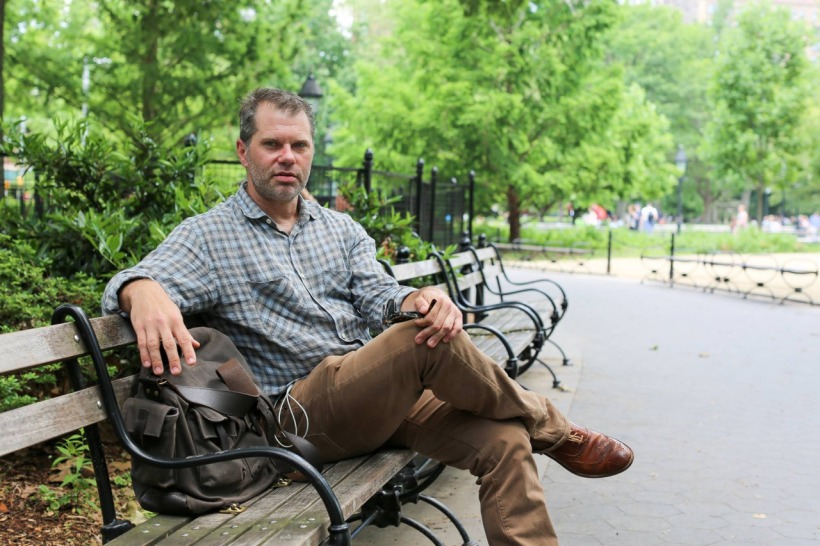 “Your friendships shrink as you get older—unless you have a loose definition of friendship. I used to work with one of the richest guys in Philadelphia. He was seventy years old. He could have dinner with anybody in the city. But those aren’t the types of friends I’m talking about. I mean the people who really know you. I think it’s amplified for me because I’m still single. My friends have gotten married and had kids. They have less and less time to give. More and more people have come into their lives. But the amount of people in my life has stayed the same. I’ll text them to see if they want to go to a Phillies game. And I always get an immediate ‘yes.’ But something always comes up right before the game. They have to reschedule because ‘Ethan’s friend is having a birthday party,’ or ‘Sarah has a soccer game.’ It’s hard to not feel left out. I used to see these guys several times a week. Now it’s five or six times per year.”

Watch Robert Reich explain how to save America’s education system

And there’s no ctrl-alt-del for the election. Read up on 2000 if you doubt this.

Go fucking vote. Also see: How Canada ended up with Harper for Nine Years and No Scientists.

So this whole Rey Mary Sue thing just keeps twigging me (and not just because the whole bullshit, sexist concept of the Mary Sue knots my knickers like nothing else)

Because while this fuckboy opinion is probably motivated from dudes being, well, fuckboys, it may also be mired in them being MEN.

Because like, I and every single female friend I have walked out of Star Wars with absolutely zero doubts that Rey had earned every inch of her scrappy, badass survivor mantle. It wasn’t until dudes online started whinging about the “believability” of it that I even contemplated the issue.

So now, three viewings in, the second two spent ACTIVELY SEARCHING for signs that Rey may have suffered New Powers as the Plot Demands I have this to say:

The moment the film opened on Rey – a young woman living and operating ALONE on a world in which literal survival depends on who can scavenge AND EXCHANGE the most goods for food rations, I’d wager every single woman in the audience went, “Holy shit, this girl is capable as fuck.”

We didn’t even need to see her owning the thugs trying to steal BB-8 to know she could handle herself physically. We looked at her environment, her position in that environment, and we knew that to be where she was – just to have lived as long as she had – she had to know how to fight like whoa.

Because here’s the thing: woman don’t walk through life the way men do. Just living in our world is dangerous enough for a woman – to grow up young, alone and female on a world that would brawl over scraps and sell anything that wasn’t pinned down? That’s fucking terrifying.

That had to take guts, not to mention a healthy aptitude for combat and weapons training. The ability to pick up languages and social niceties on the fly would have been essential because my enemies enemy and all that.

Every single “unrealistic” ability these dudes are wanking on about was obvious as fuck to me within the first fifteen minutes of the movie.

So welcome to the party, boys – this is what it feels like to have to identify with someone outside of your own experience. And hey, who knows, if you take the time to ask why Rey was so capable instead of whining about it, you may just learn something.

ALL OF THIS AS WELL

Thank you for tagging me, bb, this is ABSOLUTELY what I’m here for.

I love Enjolras’s arc bc his rejection of the personal/domestic/non-ideological was explicitly portrayed as a character flaw and it’s an arc i’m familiar with because it’s alive and well in modern times it’s just less Deep
it’s the arc usually given to the driven, career/cause oriented woman in a rom com who realizes the ‘error of her ways’ and that a man and a family is what she really needs to be fulfilled

it’s nice to see a man in this role instead and instead of giving him a hetero love arc that leads to a wife, 2.5 kids and a dog, Enjolras becomes complete by virtue of noticing and valuing other people’s domestic attachments, and the own attachments he’s formed with his friends: mothers holding vigils for sons, men that need to be sent away from the barricade because they have dependents, his willingness to trade Prouvaire for Javert, his smile at Grantaire

the arc doesn’t consist of him finding a New Person and abandoning his ideals/former life, it consists of him finding all of these things in the lifestyle he’s been leading this entire time, a life that still ends in revolution and sacrifice

Nice point – it’s an expansion of his world view, not a rejection of his ideals and priorities.

YESSS all of this– he doesn’t become complete by rejecting his central ideal, but by understanding how it encompasses more than he initially thought it did.

I think this goes well beyond just Enjolras and his arc in the book– Les Mis deals a lot about the tension between personal/individual obligations and duty to the greater good/ society, and it never denigrates either one. Valjean has a duty to his workers AND a duty to Champmathieu,  it’s important to be at the barricade AND it’s important for people to care for their families. It’s no simple dichotomy, either–serving a greater cause serves the individual, saving the individual IS part of duty to any worthwhile larger ideal, and still there are competing needs there.  There’s no single course of action that’s put forth as always right for everyone, only the need to remember those many ties, and to act from love.

It’s one of the reasons I love Les Mis– it avoids the nasty trope I see in a lot of stories, where larger social involvement is seen as somehow alien to personal matters, and vice versa , where the political or spiritual or artistic is treated as some alien irrelevance to the personal , something to be Given Up in favor of What’s Really Important. But in Les Mis it’s portrayed as BEING really important, and part of people’s lives–just like life is part of those broader goals.

Register. Vote. Inaction is not an option. #VoteBlue

When I was a kid, the most thrilling thing that could happen to me was getting permission to have a friend stay the night. These sleepovers were so much fun that I was sure when I grew up I would live in a giant house with all of my friends forever. (I never wondered who would do the dishes.)

Nearly everyone I know had similar daydreams, but this is something we are supposed to grow out of, and replace with daydreams about living with a romantic partner.

This isn’t entirely going as planned for our society. It seems like every few weeks an article is circulated that inspires a giant online hand-wringing about millennials resisting committed romantic relationships, or Gen Xers continuing to have roommates. (“The millennial generation lacks the ability to love!” “Meet the people flatsharing in their 40s!”)

We are all encouraged to work hard to have stable lives. But at the same time, we’re encouraged to anchor our lives around the relationship that is the least stable.

It is uncomfortable to think of romantic love in those terms, but it’s not inaccurate.

Audra Williams, from this National Post article “Why living with your friends doesn’t make you a bad adult”. Really interesting and valid as an observation of the state of our society nowadays and the fact that focus on marriage as ‘success’ is totally ideological, but it also resonated with me as a defense of asexuality; and ace, aro issues. Romance does not have to rule your life.
(via 360degreesasthecrowflies)
Loading Comments...