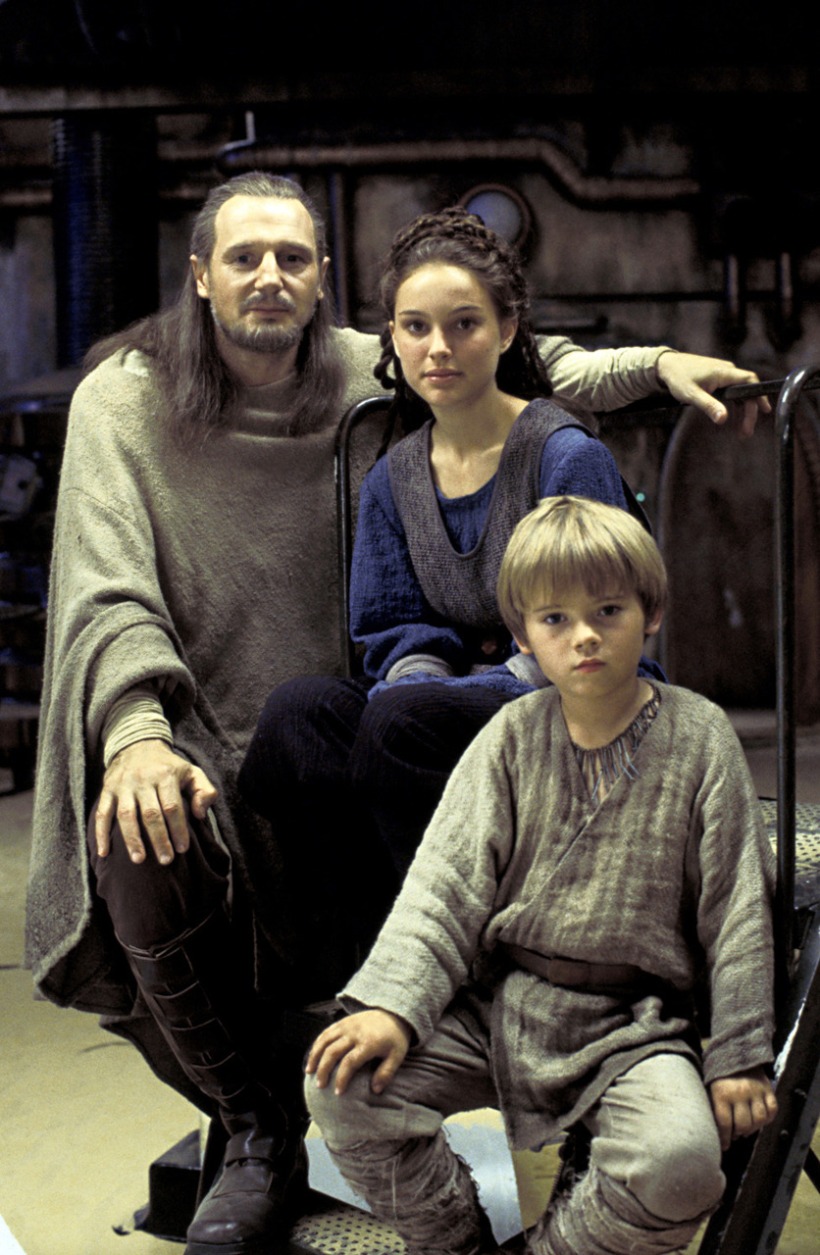 Attack of the Clones | Costume Appreciation | Padmé’s Nightdress and Robe

Two lovely new pictures released by the official Star Wars social media platforms.  I just love the top one especially – one of my favorite costumes.  I’ve also added them to their respective pages.

and we walk in fire like every riot • the one where padmé lives to continue the fight for democracy, luke and leia grow up with rebel bases for playgrounds, and anakin becomes the freedom fighter he had always meant to be.

I always enjoyed this sub-plot and wish it had made it to the final cut.

Ignore the “Milady” for a moment.

This is a scene where Anakin is completely emasculated. That’s what it exists for. That is the sole purpose it exists for. He is actually assigned to provide and coordinate Padme’s security, given authority by the Chancellor, the Senate, the Jedi, and Padme’s own personal security, Captain Typho. He has every right to say that he is in charge of security and that Padme should, at least, confer with him before making declarations to the Queen about their security plans.

Padme doesn’t see him as a Jedi. At all. It’s not even an issue of her deciding to undercut her security, or distrusting in his abilities. He’s that little boy from Tatooine to her and therefore it doesn’t even occur to her to afford him the respect she would to Obi-Wan, or again, to her own security, Captain Typho.

And here’s what I like about this: it isn’t motivation for Anakin. I think you can, very broadly, drawn a line from here to RotS in terms of his objections to the Council allowing Palpatine to appoint him but not granting him the status of Master. He does crave recognition, in addition to power in the Force and actual authority. But in terms of his relationship to Padme, this moment is wholly irrelevant from his POV. He never sets out to prove her wrong about him, to prove that she lacks security expertise, that she shouldn’t question his abilities. Sit back and think about that. Think of all the movies out there where a moment like this eventually generates a comeuppance, even if it’s merely as tame as the woman “admitting” she was wrong to underestimate the man (obviously this exists also in reverse; we almost always get the woman then saying her daddy taught her or she grew up with five brothers). Her treatment of him here is by no means motive for Mustafar. His declared, canon reason for attacking her is that he believes she brought Obi-Wan to kill him. He claims only that she doesn’t love him – not that she has never respected him, not that she has never believed in him or trusted him.

I think it terms of storytelling, this is an extremely unusual choice. I think it’s an unusually good one.