A few months ago, you said I looked “objectively really hot,
actually, you’re definitely the hot one of us.” I laughed and thanked
you because we have the kind of relationship that allows for that kind
of banter. Your phrasing amused me. I took a little bow.

You asked me why girls get upset when guys comment on their bodies,
and wondered why my reaction to you was different than, say, a girl’s
reaction to a random guy on the street. Why I was mildly flattered,
instead of scared or angry. You honestly didn’t understand, and wanted
to know.

I tried explaining, but I think I left you more confused than I found you.

I have a better explanation now.

The first time I can remember a guy staring at my boobs, I was in
eighth grade. I didn’t even notice; I was still a kid and was largely
oblivious to such things. My dad, however,didnotice, and started glaring at the twentysomething stranger ogling his thirteen-year-old.

I couldmaybehave passed for fifteen back then. There was no
way anyone would have mistaken me for an adult. That wasn’t the issue,
though. To that guy, it wasn’t about who I was or how old I was. I was a
set of boobs to him, not a person, certainly not a child.

My experience is pretty common. Girls start getting unwanted
attention at a young age, and it happens for the rest of our lives. Men
yell things at us on the street and invade our personal space on the bus
or trolley when there are plenty of other seats. They try to look up
our skirts when we sit down. They don’t listen when we try to rebuff
them. We see reports of yet another girl raped on her way home last
weekend, another woman whose body was found in a ditch. We’re told not
to go out alone at night, to take someone with us even if we’re only
driving to the store or the library or the gas station. We’re told to
carry our keys like weapons, to park in the lot instead of the structure
because it’s better to get rained on than raped and murdered. We’re
told not to walk alone even during the day. We’re told close friends
might rape us if they’ve had a bit to drink because they’re men, that
it’s wrong, but it happens sometimes and we should be on our guard.

Imagine hearing that from the age of five. Imagine being told from
childhood that men are more likely to hurt you than women are. Imagine
knowing that, though you might be smart and well-trained, men will
almost always be bigger and stronger than you, and you wouldn’t be able
to beat most of them in a full-on fight. I can best my brother at
arm-wrestling, yeah, but that doesn’t have many practical applications.

Now imagine that one of the people you’ve been taught to regard as a
threat to your body says he wants your body. If he really does, you’ll
have a hard time stopping him, and people will treat you as an object
lesson for others, like you’d done something wrong for “letting” him
hurt you. They’ll ask why you didn’t do more to protect yourself, why
you wore that dress, or walked into the parking lot at that time, or
talked to that person. Why you went out after dark or flirted with
someone at a party.

I’m not saying all men are awful. I’m saying that decent men should
be the norm, but there are a lot of men who aren’t, and who make us feel
unsafe in our normal lives. We can’t tell the difference between decent
people and potential rapists by looking.

What you said to me was meant as a compliment, and I took it as such.
That’s because I’ve known you since we were kids, and I know you didn’t
mean any harm. We have the kind of relationship where words like yours
are appropriate, and you’ve never strayed outside the bounds of what’s
okay. I don’t have that kind of relationship with the car full of
drunken guys I walked past on the way home from D&D last weekend.

Girls get upset when guys comment on their bodies because we’re being
treated like sources of pleasure, not people. We get angry because we
can’t go about our business without having to worry about sexual
predation. We get scared because, when it comes down to it, if a guy
tried to act on his shouts of “Hey baby, nice tits, keep it up” we
probably wouldn’t be able to stop him, and some would blame us.

Girls get upset because we’d much rather be seen as people, not just bodies. 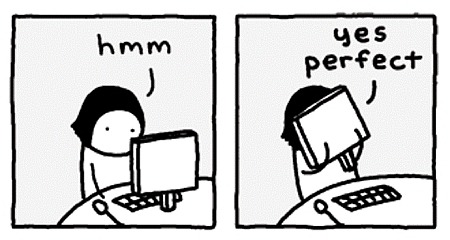 Watch: As Blythe’s poem ends, it’s clear what we must do in the face of rape culture and “pocket feminism.”

As of this moment, Kesha is unable to perform features on anyone else’s records, create any live recordings (even of other people’s songs), sing the national anthem on TV or put up an acoustic cover on YouTube without Dr. Luke’s explicit permission. Because Kesha is signed to Gottwald’s publishing company, she is also unable to make a living writing songs for other people (something she’s done in the past — “Til The World Ends,” among others).
If Kesha and I wrote a song together right now, I would own 50% of that song and the other half would belong to Dr. Luke.

No matter what she does with her career at this point, everything she does will directly benefit her abuser, regardless of whether she’s in the same room with him or not. The systematic sexual harassment and abuse of women in the music industry is nothing new, but Kesha’s situation is a very particular nightmare.

Jack Antonoff, of fun. and Bleachers, has produced and written songs for Sia, Taylor Swift and Sara Bareilles. Now, he’s hoping to help out Kesha in her time of need. And it seems he may have started a trend.

Okay so like, seeing the way that reylo is shipped made me realize something.

A vast, vast majority of the reylo blogs I see are 15/16/17 year old girls, and I can’t actually say I’ve seen any that aren’t that specific demographic. What that says to me is that the issue with Reylo isn’t teenage girls romanticising abuse, it’s with the way that romance is sold to young girls.

I consumed a lot of “girl” media when I was younger, I read so many YA romance novels. And I know that a lot of people are aware of this because of all the jokes about “brooding YA love interests” but it’s really obvious the way it bleeds over in the fact that young girls, when presented with this angry, abusive character, automatically interpret him as a love interest. They hear the “I can take whatever I want line” and there are so many similar lines that have been painted to them as swoon-worthy. Young girls are taught to see the anger and aggressiveness characters like Kylo display as attractive qualities- especially when combined with his conflicted nature, which shows them he’s in some way “redeemable.” The “save the angry misunderstood loner from himself” narrative is sold to teenage girls so frequently that it’s almost impossible not to look at the way Kylo talks to Rey and see dozens of books I read when I was a kid.

Everyone remembers Twilight, how young girls were crazy over it and thought Edward was the boy of their dreams despite him stalking and manipulating and abusing Bella, because he was painted as such a romantic, misunderstood character. It was obvious with Twilight, because it became so endemic and everyone read it, but how many adults can say they’ve read a romance novel targeted at teenage girls in the past five, ten years? Because, let me tell you, Twilight is not alone in painting abuse as love, it’s just a very famous (and, admittedly, somewhat extreme) example.

Even ignoring the whole possibly-incest part of reylo, which is an equally nasty aspect in and of itself but not something I feel I can or should talk about, the biggest problem I see with Reylo is that the writers wrote him in a way that was most likely meant to be scary and abusive and threatening, and young girls are interpreting that as romantic, and the issue I see with that isn’t the shippers themselves, for the most part, but the kinds of things that society paints as romantic to young girls. So, yes, absolutely call out reylo for its myriad problems, but remember also that a lot of shippers are going to excuse those problems cause they’re young and this kind of cruelty is what’s been sold to them as romance for a long time.

It’s because men have been belittling, minimizing and mocking our emotions forever

And we are socialized to be as passive and undemanding and selfless
as possible, and not to run any risk of bothering or angering a man lest
he abandon or hurt us
It’s not passive aggression, it is fear

#why wouldn’t you still have this on your ipod
same