If you’ve been active on tumblr lately, you may notice that they’ve started running a new type of ad in the right-hand sidebar unit. Specifically, there’s been an uptick in ads that auto-play loud audio, some of which are even un-mutable.

We’ve addressed this in Anti-Capitalism version 1.3.0, which adds a new option:

(small mea culpa: the naming here is slightly confusing. this will *always* remove the sidebar ad, even if it doesn’t happen to be one that plays audio, because we don’t have the ability to distinguish between them. the other difference is that it does it in a way that also takes care of the audio-visual component instead of just hiding the ad, like some adblockers have been doing)

let us know what you think! I’m probably going to be going to bed soon, but you can always reach us in our ask box, our support blog, or our live support chat. In general the dev team has less time to reply to asks nowadays because of both real-life obligations and the sheer quantity of asks we receive, so you’ll generally have a better time with the support chat, if you can catch one of us online. If nobody is online, you always can leave a message for us to read later. thanks for understanding!

(one last plug—If you’re interested in helping us run New XKit, for example by answering asks or helping other users with questions + problems, come stop by and introduce yourself! we don’t bite, we promise!) 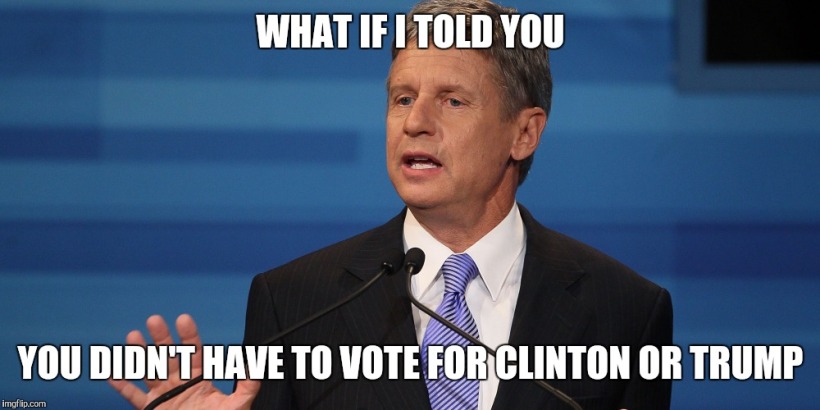 If Sanders doesn’t get the nomination, and you can’t see yourself voting for Hillary Clinton or Donald Trump, then don’t. Vote third party.

Consider the Libertarian or Green Party.

No. The absolute largest chunk of people considering changing their votes at the moment are disappointed non-conservatives. There was barely any competition among republicans; from the get-go, the voter base united behind Trump. If non-conservatives split their votes across multiple fronts, they WILL lose.

Voting third party in America throws your vote directly into the garbage. Our system does not work like Australia’s. You don’t get a second or third choice, and candidates who win aren’t going to look at the numbers and say “I see 25% of Americans voted Green, I should implement Green policies.” That’s not how it works. Conservative voters overwhelmingly back a single party, the GOP, while non-conservative voters are the ones that scatter across multiple, weak fronts when faced with an unappealing Democratic party nominee. Think about it like this:

The majority of Republican voters support Trump and are not changing their vote even though party leaders and figureheads are universally decrying him. They’ve been groomed for decades by the GOP to be this way, and now party leaders have lost control of the impressionable voter base they created for themselves. There’s nothing they can do about it at this point. While a small number of Republicans can and are switching parties, it’s not very much. Meanwhile, Democrats are floundering, trying to decide which front to unite under. Some of them go to the Green party or Libertarians, sure; the rest stay with the Democratic party in the hopes that even with people leaving, they will have enough to block Trump. But Trump doesn’t need a majority of total Americans to vote for him; he only needs more than the other candidates have. Do you understand what I’m saying? Trump could get 10% of the vote, but as long as no other party has more than 10%, he still wins. The second you split the left and middle across three or four fronts, the right seizes control. This is how it goes down every single fucking time we go through this.

The other thing to consider is that the electoral college is NOT going to weigh in favor of a third party. Doing so would be political suicide. They are paid to vote certain ways, and not doing so would fuck up their careers. Even if an entire state votes in favor of a third party, the electoral college is going to vote for whichever primary party matches up the closest, and sometimes not even that. Their votes are counted when making the actual choice of president; ours are not. They proved that with Gore. The majority of Americans voted for him; the electoral college installed Bush anyway and told us to suck it up. The question at this point is whether they’d risk it a second time, and we have to hope that they won’t, which is why we have to unite under a single front to block Trump.

DON’T THINK THIS IS LEGIT? do some research on ralph nader and his affect on the 2000 election. to this day, my dad still says that’s one of his biggest regrets. voting third party may feel rebellious and cool while you do it, but you’re effectively letting the two-party system win by trying to protest it.

…tfw when you really want to support something and the website is mysteriously down.  (ETA: screenshot from July 13, 2016, 3:21 PM EST)

Tumblr, this seems like the perfect job for you. We all know Old Friends Senior Dog Sanctuary is like the best place ever, and now they’ve sounded the horn of Gondor and are calling for aid. If you don’t live nearby, or can’t foster, maybe boost? Do it for Leo and for Mildred, and Captain Ron. 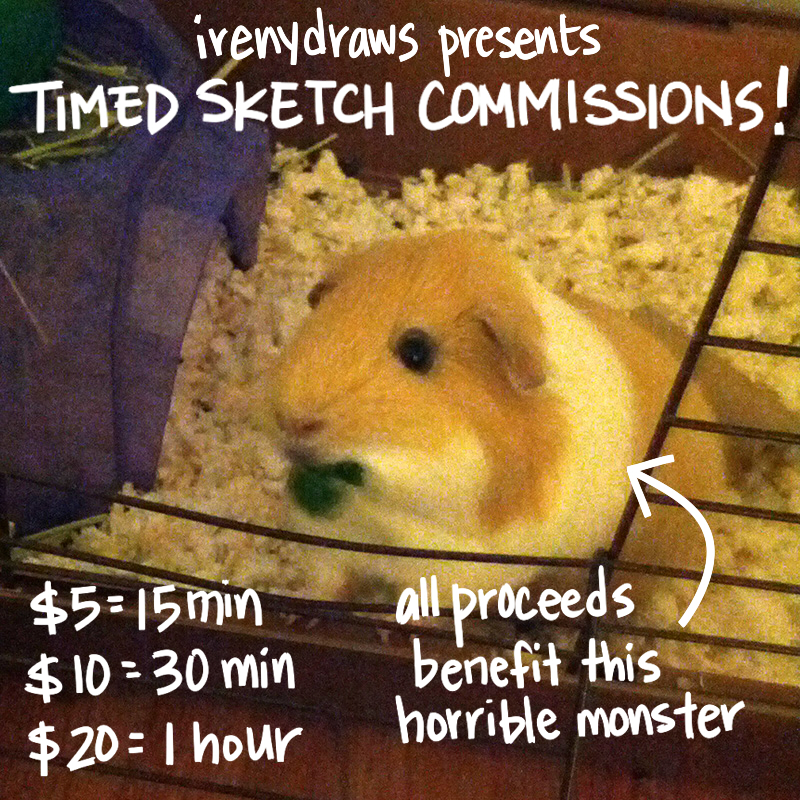 hey guys, my guinea pig is really, really sick (like, ireny-had-a-meltdown-in-the-vet’s-office sick) and as anyone with a pet knows those vet bills aren’t cheap. also most of you probably know i’m studying to be a physical therapist and right now i’m in the middle of my clinical rotations, which means no income and very little free time ha ha hhaaa.

anyway i’m opening up commissions (or well reminding everyone that commissions are open) with a twist: you send me a prompt or a character, plus how many minutes you want me to spend on it:

i’m setting a rough pg-13 limit on this but honestly if you really want something nsfw we could probably make it work, i don’t have a whole lot of room to be picky here. you can direct any and all commission requests to bubonicwoodchuck[at]gmail[dot]com.

and if any of my artpoops have ever made you laugh or even smile, please consider donating a couple bucks via paypal to the email address above. i honestly hate to even ask but i’d give like…a lot to see my horrible spoiled fur potato be fat and happy again

A NYC grad student working on food stamps for her thesis has released a free cookbook for those living on $4/day.

oooooh this is so nice!

I believe it’s important to eat well, even when you’re strapped for cash. It’s good for your health and energy! This cookbook is full of delicious and healthy recipes, the ingredients of which are fairly inexpensive.

I ACKNOWLEDGE THIS WOMAN AS A FELLOW WARRIOR AND A FANTASTIC HUMAN BEING.

Boost so hard. Feeding yourself well is a challenge when you”ve got little income

(just to give you an idea, my food budget is 30 euro/week at most [about $38] and I have to maintain a healthy diet due to weird medication side-effects and yeah, basically this book is a lifesaver if you’re broke but need to watch what you’re eating)

Reblog to save a life. Because it’s easy to find food for $4/day, but most of it tends to be garden variety junkfood