a belated happy birthday (20 may) to this bean of beans, the lovely fra fee.

Look, someone needed to be the Family Disappointment and the Gay Cousin, and I’m really good at multitasking. Just playing up my strengths.

Marius had fallen for her in a moments glance; but then, Marius could fall in love with a Toaster, if given sufficient encouragement.

the Les Mis fanfic that I will never finish (via 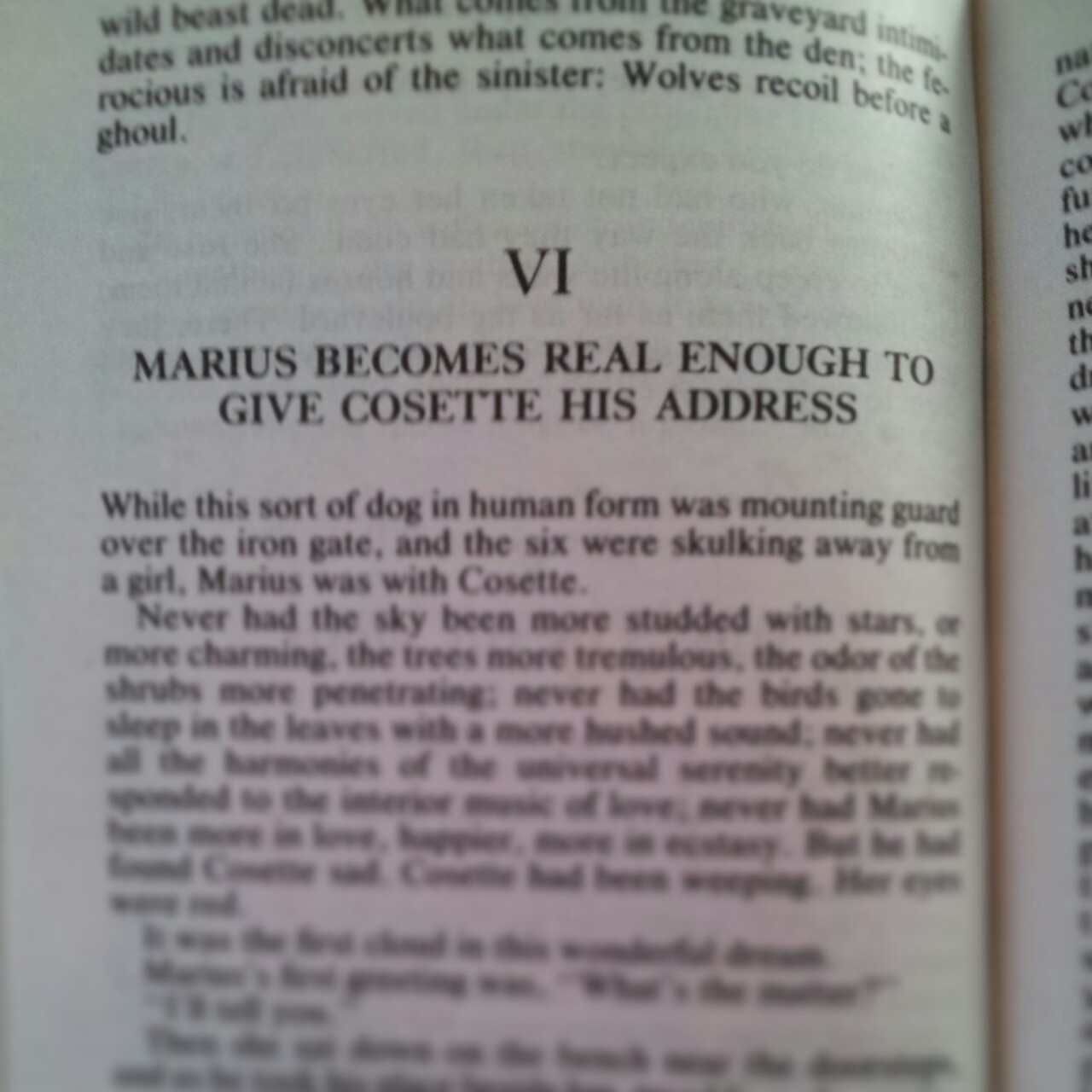 Hi. Courfeyrac. The human form of the 100 emoji.

What’s funny is that just before I saw this, I’d already written Kix all but beating himself in the face with a datapad because General Kenobi, What the Fuck have you done to yourself.

I’m in love with him. He smells like strong coffee and going to go see a man about a horse.

I cannot sleep in a barn or a tent or a caravan or anywhere without central heating, carpets and Radio 4.

Being Human 4×03 | The Graveyard Shift